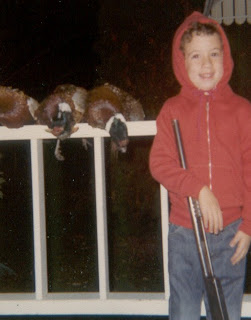 Pheasant season has always been, in my family, what fishing was to the Maclean family of A River Runs Through It. Dad loved walking the ditches for ringnecks and would rather have hunted pheasants than just about anything. Because the opening of pheasant season usually came within days of my birthday, I could count on a small, square, heavy box poorly wrapped by dad full of 20 gauge shells.
Long after our last hunting lab was gone, dad and I would still walk the ditches and fields for his favorite quarry, ever cautious that a wounded bird could easily hide and disappear from sight only to die later. We pulled birds out of shrubs, out of log piles, and left no leaf unturned in retrieving fallen birds. That was his way.
Dad’s last shot at a pheasant got away. It dropped once and just about as he was to retrieve it, took off again. Once again dad shot the bird down, and once again it found the power to get up and scurry away across a small ditch, through a little patch of weeds, and then took flight.
Dad died a year later, still regretting that he hadn’t been able to retrieve that bird. I think he knew it was his last opportunity and wanted to bring one more bird home to mom.
But in a lot of ways that pheasant summed up dad’s life: despite a long battle with cancer, he kept going. We’d both been shot hunting at different times, but kept doing it. In the end the bird did the one thing that dad wished he could—it made it away.
I look forward every year to my birthday and the start of pheasant season, still missing dad, still looking for that pheasant, and still enjoying every walk and every ditch.
Posted by Greg at 6:07 AM